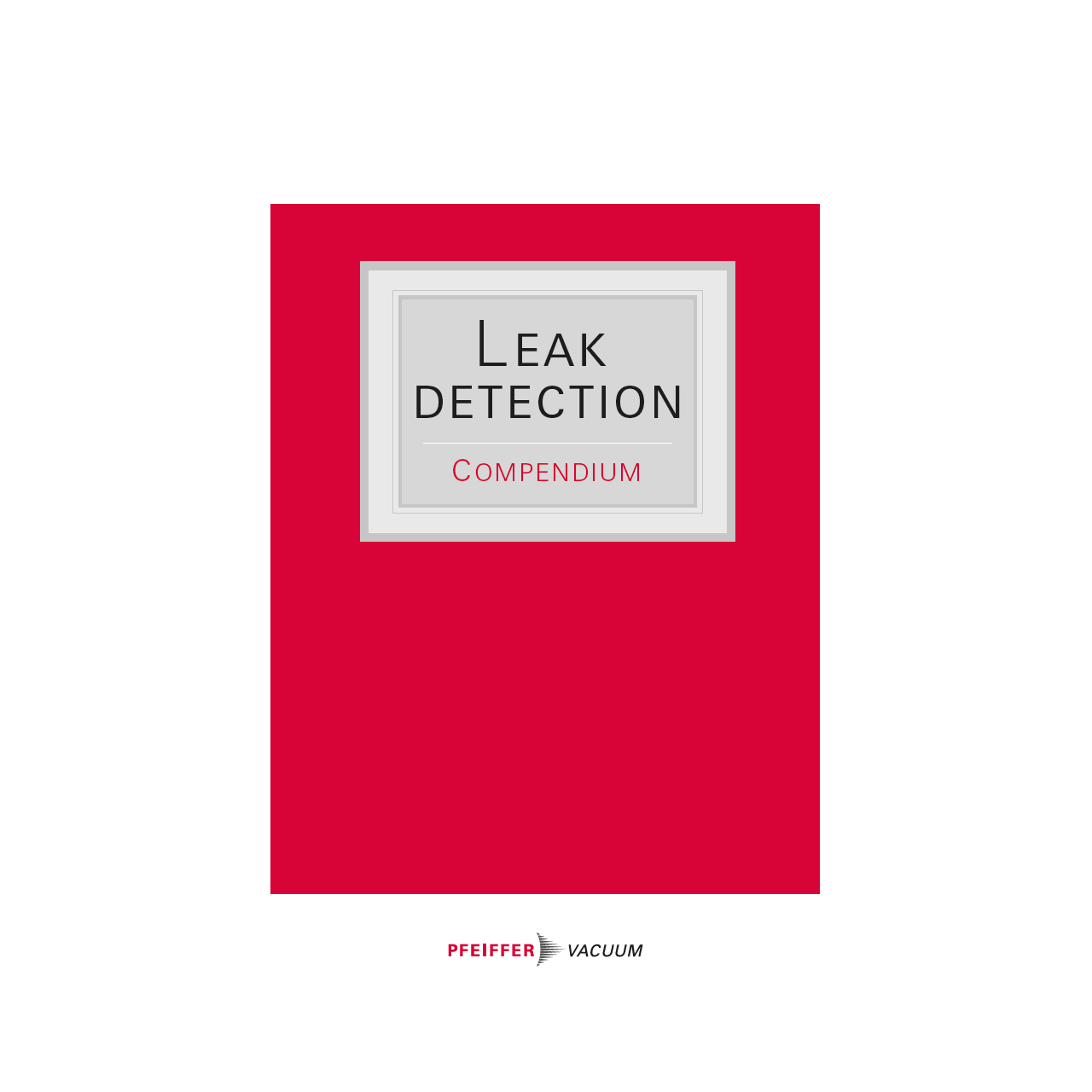 The so-called “accumulation test” is an integral test which is performed with a sniffer probe at atmospheric pressure. In case of a leak, the concentration in an envelope around the part to be tested can be described as follows:

For a part to be tested the leakage rate of 1 · 10-6 Pa m³s-1 was defined. Minimum time shall be determined which still allows process-safe measurement of a 5 ppm concentration rise. The test pressure is 4 bar (rel). The chamber pressure is atmospheric (100,000 Pa). If we assume a small part like a fuel filter, the net volume in the envelope, i. e. the volume of the empty chamber minus the volume of part to be tested, is basically determined by the fan one needs for gas recirculation: let us assume a net volume of 100 cc (= 10^-4^m³) 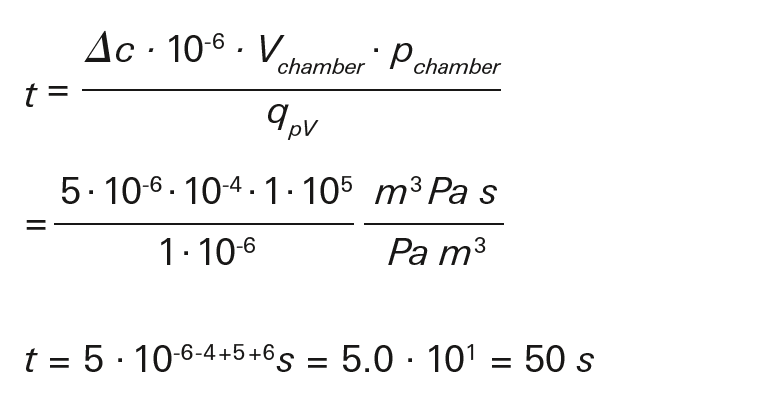 A typical graph of such a measurement is a linear curve starting from the tracer gas background level. 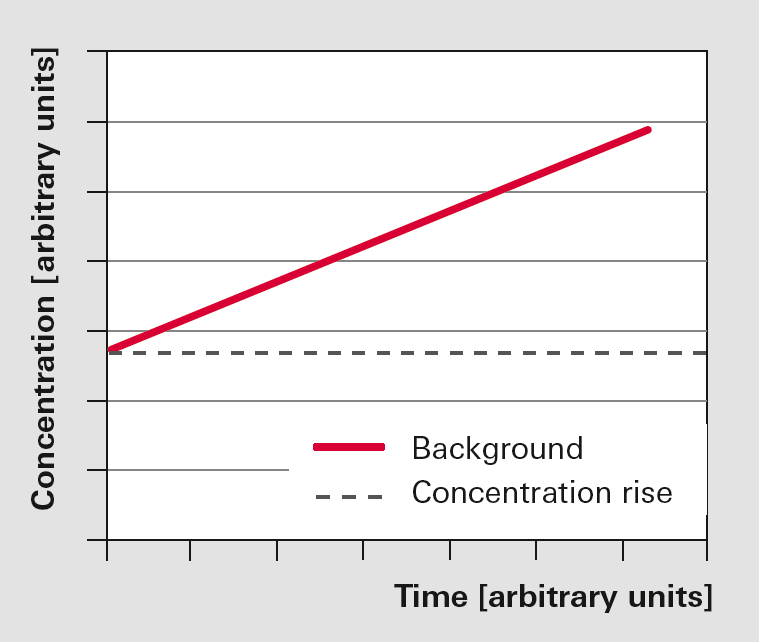 Let us assume that a manufacturer of tubular heat exchangers occasionally has to check integrity of tubes versus the shell. So in the manufacturing process the tubes are pressurized. The shell is not yet installed to maintain the opportunity of repair once a leak is discovered. Let us assume the preassembly is on trestles and the free volume is 5 m³. The part is covered with a plastic foil which is taped to the ground. A fan under the foil allows for homogeneous gas concentration. With an allowed leakage rate of 1 · 10-4 Pa m³s-1 we get the following result:

In this case an accumulation test does not seem appropriate due to: